Sexuality and Empowerment is a podcast with the host Alexis Haines and the guest Zara Barrie. In this podcast, they talk about the trauma that Zara Barrie went through at a young age and how that has affected her now. As well as, the importance of creativity and expressing who you are as a person. 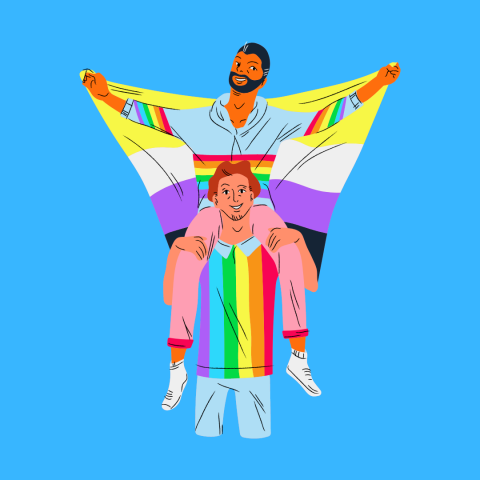 Sexuality and Empowerment is a podcast with the host Alexis Haines and the guest Zara Barrie. In this podcast, they talk about the trauma that Zara Barrie went through at a young age and how that has affected her now. As well as, the importance of creativity and expressing who you are as a person.

The conversation between the host and the guest was relaxed even though they were talking about serious topics. This allows the audience to realize that talking about topics that affect them negatively shouldn’t be something to be afraid of and there are people out there that will talk to you at the pace that you want.

As well as this, the podcast solidifies what is wrong with society in terms of young people growing up too fast, young people being endangered by predators, the negative views from people about someone being a part of the LGBTQ+ and the taboo about topics such as periods and puberty.

For example, both the host and the guest said that they felt ashamed of having their periods because they were scared about what others would think. As well as this, the quest talks about how she hit puberty and was treated like an adult from that day on. Was invited to parties from the age of 14 by men as she had big boobs at that age.

However, the podcast talks about where you can get help and talks about where both the host and the guest were before getting help and where they are now. Yet, there should be something in place at an earlier stage that allows people to be outside of the box.

For example, the educational system when the guest went to school meant she didn;t fit inside the norm of that era and the system tried to do everything to express her creative side. Yes, that has changed since with subjects such as art, music and drama but the educational system is still set in their ways in terms of teaching children in one specific way. Even though every child learns differently.

Overcoming negative comments but still being scared of starting to talk about a topic even though she wanted to talk about as they were initially scared of what the outside world is going to think about it. However, once Zara saw the reaction of others, she felt more comfortable talking about it.

Being real about topics that affect people today and they talked about the perceptions that people have on human experiences. There are some people out there that get triggered by other people’s experiences for no apparent reason.

Changing the way people think about what terms mean. For example, body confidence. People think that body confidence is accepting your body for what it is naturally but the host in the podcasts says that it’s being able to do whatever you want with your body and feeling confident about the decision made.

Ep. 90 Sexuality and Empowerment with Zara Barrie — Recovering From Reality | A Podcast by Alexis Haines