An incredible movie based on a graphic novel series of the same name by Bryan Lee O'Malley. 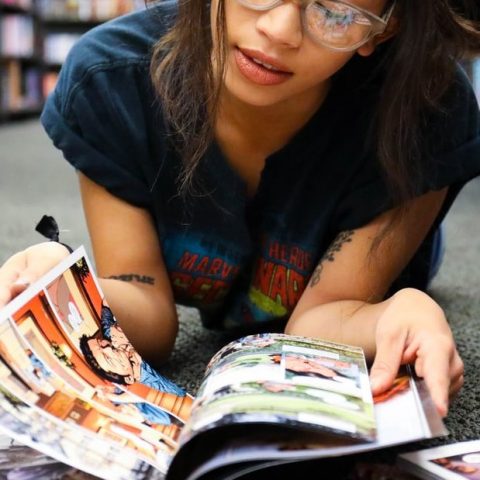 Scott Pilgrim vs. The World is an incredible movie based on a graphic novel series of the same name by Bryan Lee O’Malley. Scott Pilgrim, a bass guitarist for a small rock band, falls in love with a bright haired, post-punk roller skater named Ramona Flowers. Unbeknownst to Scott, in order to date Ramona, he has to defeat her seven evil exes. This results in a series of amazing fight scenes. Complete with unrealistic, comic-like battle moves and physics, video game sound effects and various onomatopoeic words appearing on screen in true comic book fashion. Not to mention the phenomenal soundtrack, including original songs from the on screen bands. All in all, it makes for one of the best movies I’ve ever had the pleasure to witness.

Something that always cheers me up is re-watching my favourite movie multiple times, and I can safely say that this is a film that never loses its watch value. I get the predictability that it will make me feel happier, and the reward of getting that feeling afterwards. Scott Pilgrim vs. The World is a film that I always watch on my darkest days, and I will continue to do so for as long as I live. Additionally, if I can’t watch the movie for whatever reason, the soundtrack has the same effect. It lifts my mood exponentially. Music has always been a big help for my mental health, and this soundtrack is no exception. Whether I’m in school, in public, on the train or anywhere else that makes my anxiety skyrocket, I throw this soundtrack on, and can finally relax.

Furthermore, this film is full of easter eggs and tiny details that can easily be missed. When I’m feeling down, I make sure to look for every small detail I can, to keep my brain active and working, which is good practice for everyday life. Overall, Scott Pilgrim vs. The World is a jaw droppingly awesome movie, and it’s one that will help me with my mental health for years to come. Hopefully, you will one day find a film that does the same for you.

Photo by Joe Ciciarelli on Unsplash