Give Yourself A Voice: Rosie’s Story with Songwriting 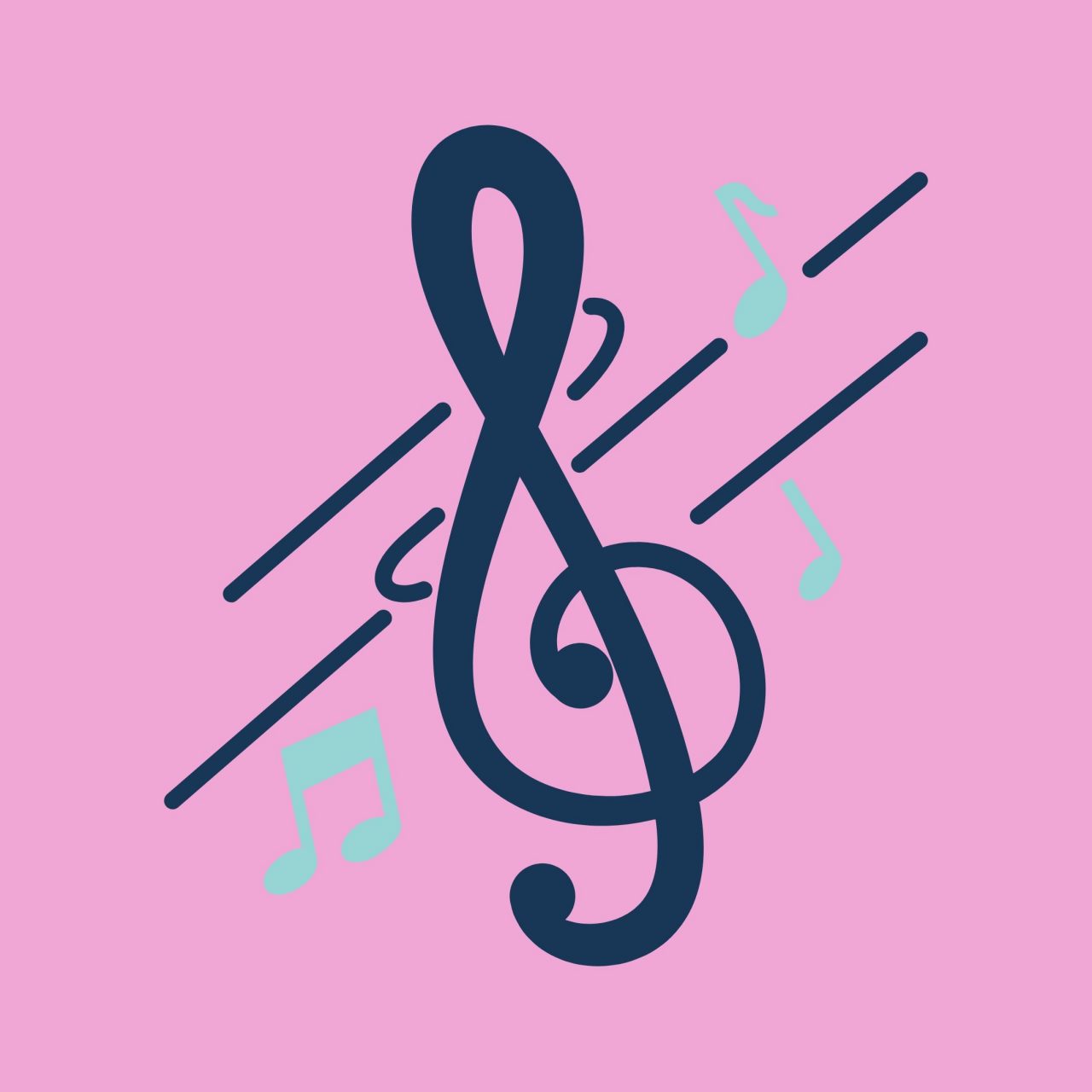 including writing songs. I play the piano to Grade 3 standard and since lockdown began, I’ve started learning how to produce music and play guitar so I can finally do something with the songs I’ve written over the years. I started a music account under the name ‘Catrin Darch’ where I’ve uploaded a couple of songs and hope to expand on it.

The funny thing is, when I started writing songs, I didn’t take myself seriously at all. I wasn’t a musician. I’d never done anything remotely musical at that point. My extensive music taste was the radio, primarily the Big Top 40 and the 80s pop classics played over and over again. When a radio station said ‘New Entry’, I genuinely thought that no one in the world had ever heard the song before and I was the first to hear it. Bless.

It’s all about confidence

At first, I didn’t write any lyrics down, because they were cringey. And me, perform? It was laughable. I was a super shy kid who was so scared of the stage that I wouldn’t go near the thing. There was no point considering I could ever speak, let alone sing, to an audience.

But every single word you write counts – no matter how stupid you think it sounds, there is always the potential for it to grow into something greater. I found a barely used diary and renamed it my ‘song diary’. While I tend to type lyrics on my computer now, I still use this song diary. And it really is like a diary, with memories you can actively relive by singing them. You can see how you have progressed.

Writing doesn’t have to be complicated

The first song I remember writing was about a book I’d read called ‘A Million Angeles‘ by Kate Maryon, and I called the song ‘A Million Angels’ (I know, original). It was about a girl whose Father often went away in the war so she would draw little angels on her arms in biro as a way of trying to protect him, wishing for him to come home.

From there, I made notes of every little snippet of a song I thought of. I wrote about love since most songs on the radio did. But I found that strange. Wasn’t there more to talk about than romantic love alone, however great it may be?

Be creative and use your immagination

So I got creative. I wrote alternate lyrics to ‘Marry You’ by Bruno Mars about eating a doughnut. I wrote songs about growing apart from friends, imagining what it was like having an abusive parent, wondering what I’d want to say to a loved one after they passed away. My first fully completed song was about that feeling when you go traveling, and you stare out of the window, thoughtless, and watch the world go by without any care in the world.

The older I got, the more I realised that I cared significantly about different social issues such as homelessness and climate change and so I wrote about them. The list of those topics has grown. I found freedom in realising I didn’t have to write what everyone else was writing, but what I wanted to talk about, or what I thought wasn’t being talked about enough. It was an outlet for me for frustrations and confusion over things I hadn’t understood or experienced. I could create that one song I needed to listen to when I was struggling or wanted to relate to something.

As I said earlier, I was shy as a kid. I am still shy in some ways and singing on a stage still seems a long way off. But now I’m not letting myself hide in the wings. I’m choosing to improve my singing and instrument playing. I’m sharing my songs slowly when I never thought I would. I finally performed for the first time in front of my parents in January this year and while it may sound small, it was a big step for me.

I think writing songs has given me more confidence overall in my ability to express myself, like in poetry, story writing and public speaking. I’ve been active in my school, presenting assemblies on foreign languages (my other passion) and loudly helping to run charity events. I’m now considering teaching as a career, which means performing all day to a class of potentially bored teenagers when I used to be the kid who refused to do any sort of public speaking!

Anyone can write a song.

So how do you start?
I’m no expert, but just by practicing writing songs this is what I’ve found helps me if I’m ever stuck for inspiration:

Think about what inspires you both within songs and in life. Which songs get stuck in your head? Which songs do you like and why? Try humming on the spot, tapping a table or playing a few random notes on an instrument if you have one. And make sure to record anything you do, because you never know when it will come in handy.

Songwriting comes from the imagination, and just like any muscle, you have to exercise it. To improve, do little and often. Challenge yourself – try writing about subjects that scare you or that you know nothing about so you have to research. When you think you’re satisfied with a lyric, push yourself not to settle for what comes to mind quickly and see if you can add in more meaning.

Take your time. There is no rush to songwriting. Inexplicably, sometimes songs will simply write themselves if you give yourself the space to experiment.

And it doesn’t have to be perfect, or great, or even good. It’s the fact that it is something you made. Have fun with it!

Of course, you never have to share your songs with the world. They’re yours to do with what you wish. You could sing them alone in your room as I have for many years with no one listening. There’s a lot of joy in that. You could sing them to friends and family for a special occasion, a couple of people or your school show. You could post your songs online like I am, anonymously or not, join a band or sell them to other musicians professionally. That’s an avenue I’m hoping to wander down.

In short, songwriting is a beautiful form of expression. I like to describe it as pouring all of your thoughts and feelings into a unique mold that you designed, letting it set, adjusting little bits here and there, and then being able to present it as a physical creation and say to someone, ‘This is how I feel’. That someone may be a friend, a total stranger, or simply yourself.

So why not try it? Have a go at a new form of expression and new confidence. Even if it seems impossible, give yourself a chance!

Check out some of these sites (some you pay to enter, some are free):

– There’s a competition with UK Songwriting Competition to rewrite Paul McCartney’s ‘Yesterday’ as well as a whole host of other competitions, like a ‘crisis’ category! You can get professional feedback for your song too. The deadline is 31st July.

– Beatfreeks – an Instagram account where young people speak their minds through poetry, songs and other creative forms to express different views on societal issues.

– Interested in music production and mixing? That’s how to create all parts of a song electronically, not just writing the lyrics or playing the instruments. It’s a whole other world. Try Musician On A Mission on YouTube and check out their course if you want to look for more. ‘Audacity’ and Apple’s ‘GarageBand’ are two free mixing apps you can play around with. GarageBand has lots of tutorials for learning piano, guitar and music notation too.