Our Stories – Football and Me (Jo Price)

We got the chance to ask Jo Price some questions about her experience with football. 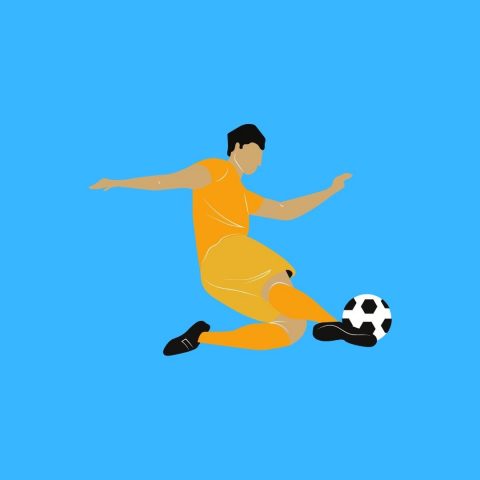 I was lucky enough to have two brothers, who were (and still are) football mad. As well as having both of my parents being sporty. I grew up watching my brothers play every weekend so ended up wanting to give it a go myself. I used to play after school every evening and my brothers would take great pleasure in blasting the ball at me, which is probably why I ended up playing in goal.

The teams I have played for;

I have played for a few teams over the years. I started playing for Solva AFC from the age of 6, where I was the only girl playing with a team of boys, who were aged 6-12. After that, I moved on to play senior ladies football for Haverfordwest Ladies, Goodwick United and then got scouted for Arsenal. I have also played for Bristol City, Bristol Rovers, Cardiff Ladies, UWIC and for Bellevue University in America.

The positions I played:

I started playing as a defender when I was playing for Solva, 6 solid years as a centre back. When I moved to play senior football, I played every position on the  pitch but was mainly a winger or striker. When I got recruited for Arsenal, I was a goalkeeper, this is the position I have played consistently from the age of 15.

My favourite memory from football;

I have many fond memories from my career in football so picking one is very tricky. Here are my top 4:

Making my first senior debut for Wales at the age of 16 against Greece (I almost got a red card but we’ll put that slight mishap to the back of our minds). This was a huge honour for me, it was credit to my Mum and Dad who had dedicated years and years, hours and hours of trips here and everywhere, journeys on the M4 back and forth to Cardiff, Bristol and London to make sure that I got to training, tournaments and matches. It was also something that I had dreamed of and worked for since I was a little girl kicking the ball around, playing football with my brothers so that was a special moment for me.

Gaining player of the match against England was a highlight for me, a tough fixture that kept me very busy in goal, an opportunity for the team to face one of the best teams in the world and of course, the rivalry that came with the fixture provided an atmosphere that was electric. Sadly, we lost but it was a game that the team had performed really well, we were all really proud of each other and the performance.

While retiring from international football is always a moment that is associated with sadness, my memory is one that I remember to be happy and one that is very fitting to my personal life. My Grandparents were Hungarian, I finished my international career playing against Hungary, in a match that was exciting, competitive and felt very fitting. My Grandparents would have been extremely proud and that is a moment I will treasure for the rest of my life.

It was always my dream as a young girl to live and play football in America, my Mum reminds me that from the age of 7/8 I always said that I would play football in America. This dream became a reality in 2009 when I went to play in the States. This is a message that I pass on to anyone that will listen, if you want something bad enough, there may be obstacles in the way, things may not happen when you want them to but….. if you work hard enough, pursue your  dream, you can achieve it!

The opportunities that football has given me;

Football has provided me with the opportunity to travel the world, meet some wonderful people, and make the most fantastic friends along the way. Most importantly, it has taught me life skills that I will carry through life, it has taught me that if you work hard and want something bad enough that almost anything is possible. It has also taught me that sport can be a fantastic tool for anyone who wants to try it. You don’t have to be good to play, as long as you enjoy it, that’s what really matters.

Where do I hope football takes me in the future?

I hope to be able to continue coaching, to help my nieces and nephews as well as the people I coach achieve their dreams in sport.