Our Stories – Being Transgender 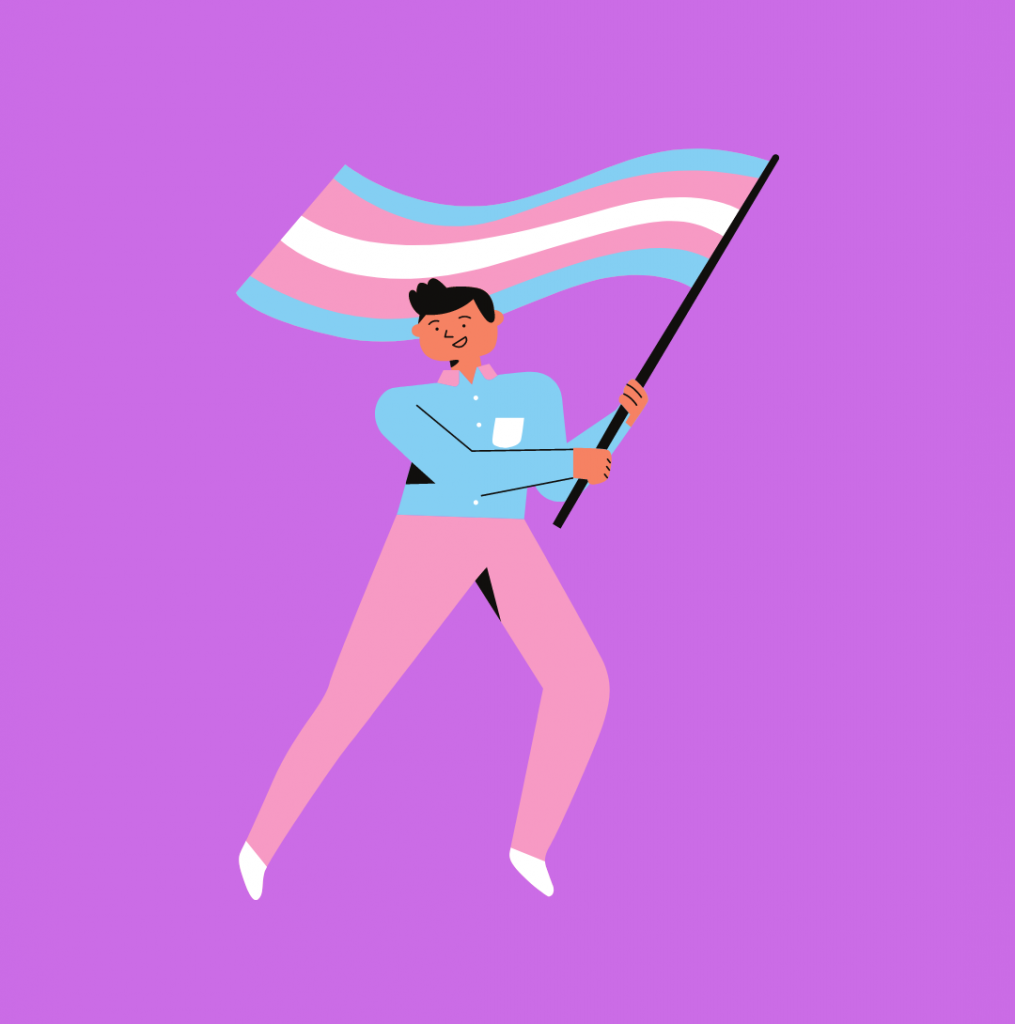 Transgender Day of Visibility was on the 30th March and it was a weird one this year for one of our young people. This blog is written from his experience of being transgender and it’s a great opportunity to re-read this story for Pride month.

“Due to the isolation of lockdown we had no social events, no marches, no meetups. I spent most of the day avoiding social media, because these days can be exhausting – being reminded of our siblings who have died, been assaulted or been failed by the legal system and government of this country. I slept lots, I went on a long drive, and I took out my earrings when I used a public men’s bathroom to avoid confrontation.”

“Visibility was hailed in the morning as transgender people’s debutante “coming out” to the world, of moving from the subulture into the mainstream, of defining our existence on our own terms. But by midday this was being challenged.”

Visibility In The Media

“If by visibility we mean representation in film and media, we have a long way to go. The documentary Disclosure on Netflix highlights well the last few decades of trans representation in TV and film, and shows its shortcomings. Cisgender men playing trans women is not representation, because when they go to the red carpet they will wear a suit and settle back into cisness, which trans women in real life can’t do.”

“Cis men playing trans women teaches their audience that trans women are men in dresses which, of course, they are not. Films like Ace Ventura coined certain tropes that justified the trans panic defence, when a man vomits on screen after kissing a trans woman. Even when a trans actor plays a trans character, much of the media is still stuck in the dark ages where this character has to be cis passing, abide by gender roles and (most importantly) in a constant state of turmoil, because being trans is portrayed as an uncomfortable existence.”

“To be clear, being trans has the potential to be an uncomfortable existence. Because of hate crimes, misgendering, a legal system and government that stands in our way, housing and employment inequality, access to healthcare – but you see what these all have in common? Being trans is made difficult by cis people.”

“Yes, I have gender dysphoria that can make me uncomfortable in my own body, but it is my body. The cliche that trans people are “stuck in the wrong body” is outdated and misrepresentative. Being told this growing up makes it difficult for trans people to take ownership of their own bodies, and teaching young people self hatred about their body opens the door for abusive partners to get away with their actions. This body is my body.”

“Maybe I would adjust certain things, given the chance, just the same as you would go to the gym, but it is mine. I refuse to label my body someone else’s when it has carried me through life and achieved all that I have achieved.”

“On the subject of dysphoria and healthcare it is important to note that not all trans people experience dysphoria, and not everyone wishes to medically transition. These do not make them any less trans. You still have to treat them with respect and dignity.”

“Medically transitioning is largely inaccessible, due to NHS waiting lists and private medical costs, meaning many (if not most) trans people you encounter, especially as a young person, will not have medically transitioned.”

“If you only show respect to those who “pass” as cisgender, you do not respect trans people as a whole and this is deeply classist. It also shows a degree of misogyny, usually, when a person deems who looks “enough woman” or “enough man” for their liking.”

How can things change so fast?

“By the afternoon, the internet was beginning to condemn visibility, and by the evening anger crept out. “F*ck your visibility” read one post. “Trans people don’t owe you visibility”. “Trans and visibly angry”.”

“While many people were still thanking our ancestors for their visibility and activism that won us our (limited) rights, many admitted they had no interest in performing visibility for cis people.”

What does visibility mean to us?

“Visibility, as a trans person, means you haven’t assimilated into passing as cis. I am visibly trans, because I don’t look like a cis man. I am short, I’m not thin or fat but I’m certainly not muscular, my voice is high when I sing and when I shout. I have soft skin and no facial hair, and I like wearing pretty jewelry. When I go out in public I am always consciously aware of my chest, that shows slightly no matter what I wear.”

What can you do to help and support us?

“Finally, it’s that point where we talk about what your next steps can be, as a cis person. (If you’re trans and reading this have a cup of tea and do something nice for yourself, I love you.)”